Consider this our family Christmas card 3

Once again there is only one picture of the four of us together. Here we are holding lemurs in San Diego on a wish trip granted by the Rainbow Society of Alberta.

It’s been a year of travel, powder skiing and Game of Thrones bingeing (for Blake and me) in our household. In between all that fun we’ve managed some dog training, volunteering and, from time to time, parenting. Sometimes we mix dog training with parenting and it ends in some live entertainment we like to call Game of Bones (Piper takes her bone and runs from Bennett, Bennett chases Piper, Piper abandons her bone for a bigger bone, Bennett chases her some more, etc. Clearly, we need to hire a babysitter and get out more). But anyway. Here are some 2014 highlights for each family member:

Blake continues to devote time to mountain biking. He travelled to Moab for a biking bromance with three buddies in April, and followed it up with trips to Fernie, Kicking Horse and, most recently, Canmore for some winter biking. I knew he might have a problem when one night he came running over with an issue of Fat Tire Enthusiast to show me that his Giant Trance Advance SX was voted the best mountain bike in the galaxy by a panel of experts. Also, the garage has been deemed unsafe for the Giant; it rests in our storage room.

When he’s not pedalling his baby, Blake trains our dog Piper. This consists of leashing her to a ski pole, fastening the pole to his bike and then riding while Piper sprints beside him. Oh wait, he’s actually also biking when he does this. When he’s not mountain- or dog-biking, Blake works on puzzles with Avery, wrestles with Bennett, and showers me with affection.

In the blink of an eye Avery seems to have grown from a little girl into a mature big kid. She’s enjoying Girl Guides, piano and gymnastics, and will be starting a ski program in Fernie later this winter. Her favourite mode of transportation is cartwheeling and hand-standing, and as a result her biceps at age nine are comparable to Linda Hamilton’s from Terminator 2. Avery loves to read, draw detailed pictures, recount her dreams and watch The Amazing Race. 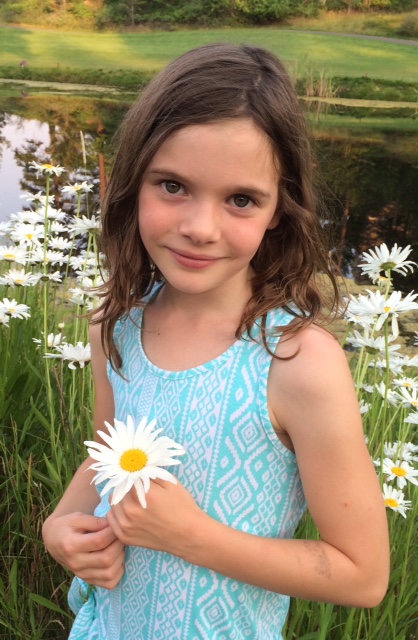 For all her growing up though, she’d still rather chase frogs than boys, and give us endless cuddles at bedtime. Can I freeze time? Pretty please?

Bennett has had a big year that included learning to link turns and stop while skiing (without me having to yell, “Pizza! Stop! Turn!” like a crazy lady), becoming more comfortable on his adapted bike, and being granted an amazing wish trip to San Diego by the Rainbow Society of Alberta. 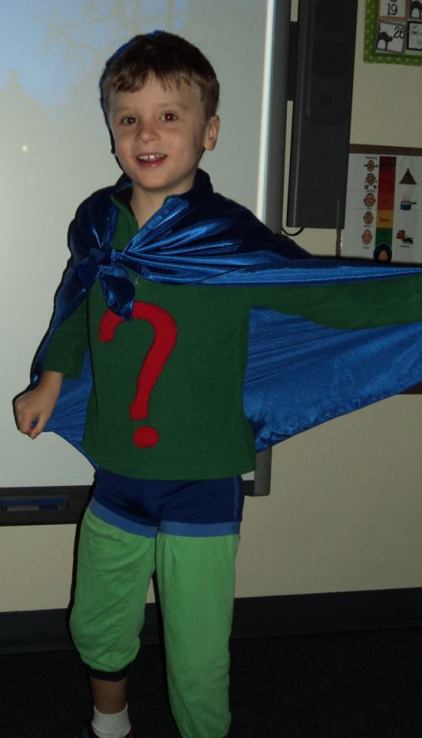 He went as Super Why for Halloween, which seems to have granted closure on his year-long love affair with Whyatt and the Super Readers. He’s moved on to Dora and, randomly, YouTube videos of Debbie Reynolds singing Tammy. He now  sings Tammy to Piper when she’s in her kennel, . Bennett continues to challenge and surprise us and, while it sometimes seems like there aren’t enough band-aids to help him feel better when his feelings get hurt after a scolding (“Stop holding Piper by her neck, Bennett!”), there’s no better sound than that kid’s belly laugh.

I wish I could report that Blake’s and Avery’s intensive Piper training had cured the dog of eating her own poop. But no. She is still disgusting. We continue to be proud of her actual accomplishments, which include: learning how to climb a ladder, roll over and jump to catch a frisbee in mid-air; being the cutest dog at the dog park; and chasing those ugly black squirrels and annoying magpies that wander into our yard. Piper barks when she does this, but we’ll overlook that.

Piper after a mountain bike ride/run at Nose Hill.

After a bout of lice, kennel cough and an ear infection this past year I was ready to rethink our decision to get a dog, but now that she’s healthy again and I no longer have to pick up turds (because, um, you know… dessert!) I think we’ll keep her.

Lisa (that’s me) has upped her travel game in 2014, thanks to Blake’s more flexible work schedule, and has recently enjoyed press trips to Guadalajara, Whistler and even a short jaunt to Toronto to help judge a Cointreau cocktail competition. Blake and I managed to sneak in three adult trips (cat skiing, Sayulita and San Francisco — don’t go there in July; it’s freezing) as well as family trips to San Diego, Vernon and Dallas. Up next: Costa Rica in 2015!

I visited the doctor a lot for minor complaints such as an ongoing shoulder injury from Piper’s sled-dog-like pulling tendencies. The upside of this? My goal for this winter is to shovel the sidewalk zero times. I have also started holding my iPhone at arms length to read. Blake insists that I need reading glasses, but I will read the damn device from across the room to prove my unrivalled far-sightedness before I invest in readers, even if they come with cool lights on the sides.

We’re looking forward to a relaxing Christmas break with family and friends that includes lots of pow-pow. Happy holidays!

This entry was posted in Parenting, Potpourri, Travel. Bookmark the permalink.

5 responses to “Consider this our family Christmas card 3”