I finally made it to Rodney’s Oyster House to celebrate the restaurant’s second anniversary in Calgary. There were fresh oysters, delicious clam chowder and yummy crab cakes. And you know what tastes great with seafood? Caesars.

I hadn’t really thought about this before, but drinking a Caesar is basically like adding vodka to shrimp cocktail sauce, pouring in some spices and briny shellfish water, and swallowing it. It sounds kind of gross, but it’s so good! 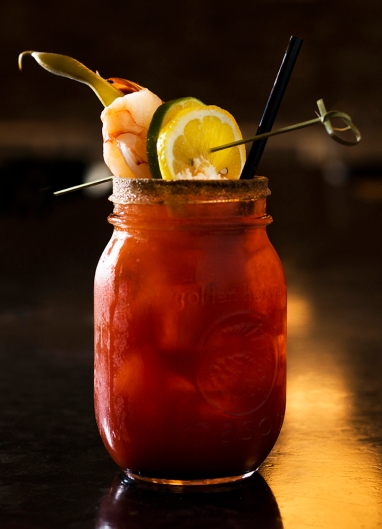 Can we all just agree that the best thing about a Caesar is the meal-like garnish? Image by LOVE BITES Food Photography.

Rodney’s Signature Caesar is solid. They use Walter Caesar Mix, which is an all-natural, made-in-Canada alternative to Mott’s Clamato. They also make a nice and spicy Back from Hell sauce that replaces Tabasco. It comes together in a light, refreshing cocktail that’s a perfect accompaniment to raw oysters.

Need a date-night idea for Valentine’s Day? Rodney’s is hosting a “Couple’s Therapy” event where loving participants can learn how to open up oysters together using a traditional shucking knife. They get to suck down the spoils — widely recognized as an aphrodisiac — in between sips of bubbles or beer. Or, make your own romance at home with the below Caesar recipe…

Method: Rim a small mason jar or rocks glass with celery salt and then build the drink over ice.