Drink of the Week: Chartreuse Swizzle

It seems ages ago that Blake and I visited San Francisco for a working (for me) holiday (for him) where we joined active tours by day and enjoyed delicious cocktails by night. Because I’m dreaming of another trip, and also because my Three Days in San Francisco story is coming right up in the April issue of WestJet Magazine, I decided to revisit the City by the Bay’s delicious drinks for this week’s post. (Ask any bartender what’s the top cocktail city in North America and it will likely be a toss up between New York and San Francisco.) 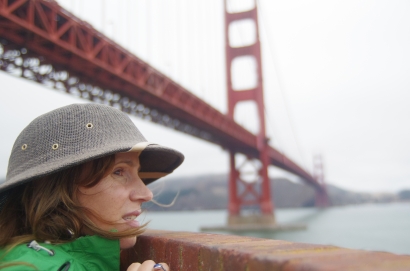 We started our initiation into the city’s cocktail culture on Avital Tours’ Union Square Cocktail Tour, which takes thirsty travellers to some great bars in the city centre. Guide Zev Keppleman kept us entertained while we learned about San Fran’s signature cocktail, the Pisco Punch, at Cantina, and sipped our way through a Sazerac at Tradition and a Chartreuse Swizzle at Clock Bar. 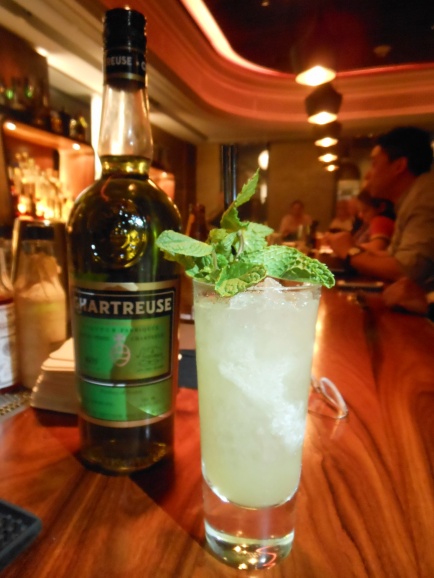 The Chartreuse Swizzle is a great introduction to Green Chartreuse, a liqueur made from 130 herbs and plants. Photo by Lisa Kadane.

On its own Green Chartreuse has a strong, assertive flavour that’s at first sip sweet, but then becomes spicy and pungent as it expands across the palate. It makes interesting cocktails, and I really liked it in the Chartreuse Swizzle. The Velvet Falernum added an exotic sweetness, the lime a hit of tart and the pineapple juice rounded it out nicely. Blake could’ve just sipped it straight.

Our trip carried on with more cocktail bars, including the famous Trick Dog (in itself deserving of a post…), but the Chartreuse Swizzle stayed with me as a great introduction to San Francisco’s cocktail scene.

Method: Shake, strain into a rocks glass filled with shaved ice, garnish with nutmeg and mint.