Drink of the Week: Cuba Libre

My husband spent a week in Cuba with his dad and brother last November on a trip I like to call “Father’s Week.” What happened was this: they bonded over rum. Sipping rum, shooting rum, rum in mojitos and rum in that most manly of Caribbean cocktails, the Cuba Libre. A distant cousin to a Rum & Coke, just add lime juice and you’ve got yourself a more cultured quaff. 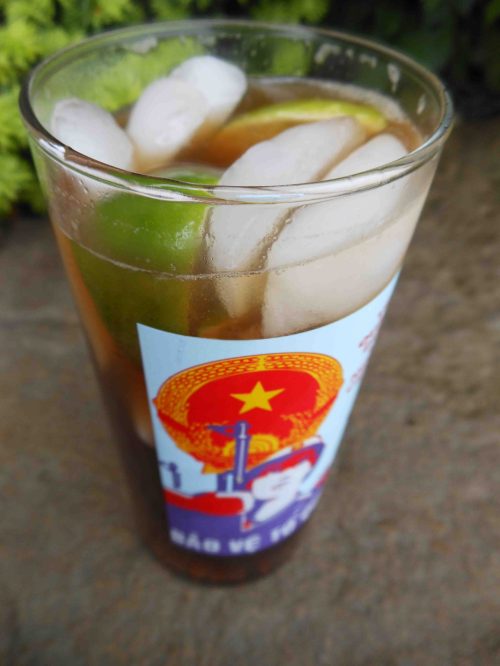 I serve the drink, which translates as “Free Cuba,” in a Collins glass from Vietnam (hence the Communist star and gun-toting peasant).

I like to think that the three men — all fathers — toasted fatherhood with rum while relishing their freedom from it on the sandy beaches of Cuba. They were libre, man! Libre to drink a lot of rum, shop for guayaberra shirts and ogle the 1950s-era cars crusing the streets of Havana.

So, in honour of Father’s Day, pour Dad a Cuba Libre and may he drink enough of them to wax nostalgic about the highs of fatherhood, while simultaneously forgetting all about the lows. As they say in Cuba, “Salud!”

Add ingredients into an ice-filled Collins glass, stir. Squeeze in a couple lime wedges for a nonchalant Cuban garnish. Enjoy in adult company on Father’s Day.