I first wrote about this cocktail two years ago after it won a Beam Global competition at Vine Arts. Its creator, Matt LaRocque, formerly of Taste, moved over to Charcut and brought this drink with him. In the intervening years he’s played with the recipe a bit and I got to sample the updated Hashtag Boom at an event at Charcut last night.

LaRocque has switched bourbons to Bulleit, added a half ounce of New Deal Ginger liqueur and traded Fentiman’s for Grizzly Paw ginger beer. Most significantly, the drink is now served in a tall glass instead of a short one and tastes longer on the ginger beer and less spirit-forward on the bourbon. I could taste the bourbon, it just wasn’t all-powerful. The gastrique adds a nice spicy, sightly vinegar-y taste that’s subtle but still noticeable. Best of all, the drink was delicious paired with Charcut’s famous charcuterie (love the mortadella!). 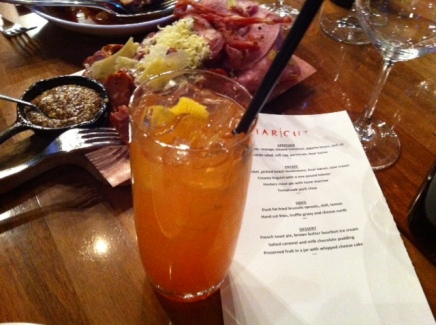 The evening was hosted by Maui tourism folks, so we talked a lot about the island, food and cocktail culture, and one of its upcoming food and wine festivals, Ka’anapali Fresh. I easily pictured myself on a lanai drinking a Hashtag Boom, which happens to be the exact colour of a Hawaiian sunset. 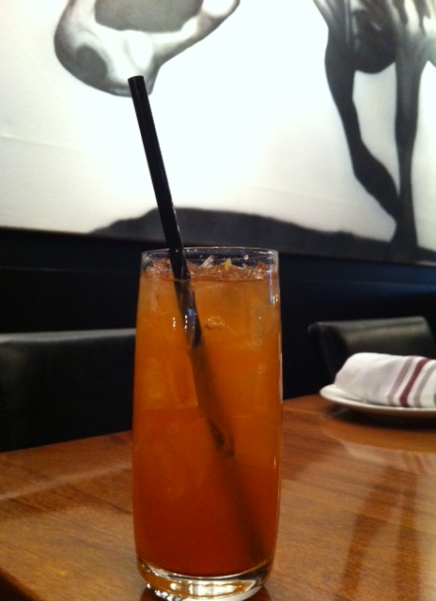 This warming, ginger-imbued winter sip is the colour of a Hawaiian sunset.

Method: Shake all ingredients except ginger beer with ice. Strain into a tall glass over fresh ice.