Alberta has Drumheller and the badlands, Colorado and Utah have Dinosaur National Monument. There’s no world-class museum filled with dinosaur skeletons; instead, gorgeous coyote-and-roadrunner scenery, interpretive trails and an intact quarry with 1,500 exposed fossils, educate visitors about the prehistoric beasts that called this place home. 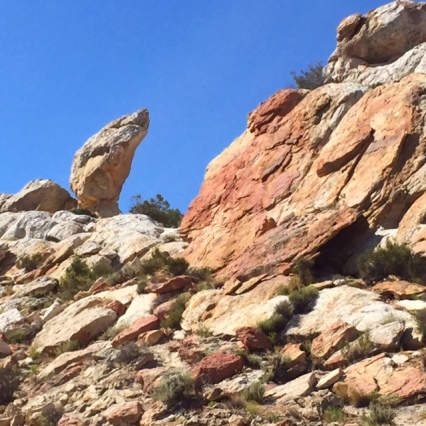 Gorgeous scenery is part of the Dinosaur National Monument experience.

But almost more impressive than its former reptile inhabitants was the noticeable lack of primates (specifically, humans) visiting the monument. We had both the Quarry Exhibit Hall and the Fossil Discovery Trail to ourselves — a welcome departure from the crush of humanity at Yellowstone. 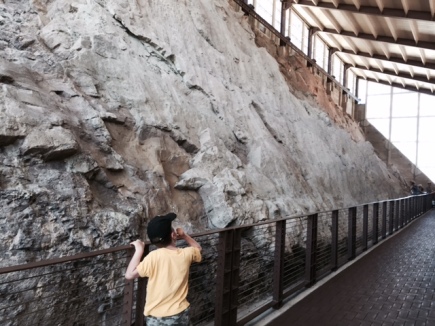 Bennett stands alone in the Quarry Exhibit Hall looking up at the giant wall chock-a-block with dinosaur fossils.

Bennett has been to the Royal Tyrrell Museum a couple times and loved it, but he is absolutely terrified of the new animatronic dinosaurs that make up the Dinosaurs Alive exhibit at the Calgary Zoo. He refuses to set foot inside the prehistoric park, even though he is fascinated by the roaring T-Rex when he spies it across Memorial Drive from Tom Campbell Hill park. So, I wasn’t sure how the monument would go over.

Turns out he, ahem, digs bones and fossils and seeing the beasts recreated in a lifeless fashion. What freaks him out is when skin is added and the creatures come to life. Since Dinosaur’s Quarry Exhibit Hall only showcases fossils and reassembled skeletons, we were safe. What’s cool about the hall is it’s been built over and around the original Carnegie Quarry, first excavated in the early 1900s, so you see original fossils that have been exposed but are still in the ground. And there are tons! Though many specimens were removed years ago, over 1,500 fossils from 10 species including allosaurs, stegosaurs, diplodocus, camptosaurs and brontosaurs, still remain in-situ. 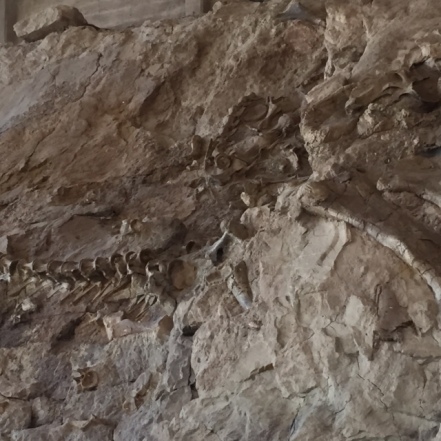 Dinosaur vertebrae and other fossils are easy to spot in the Quarry Exhibit Hall.

Outside, more wonders awaited on the Fossil Discovery Trail, a 1.9-kilometre hike that winds downhill from the Quarry Exhibit Hall back to the visitor centre, passing more areas with exposed fossils and even some pictographs drawn onto rock walls. It’s a good thing we were trekking downhill as the temps outside were in the high 30s (37C)! 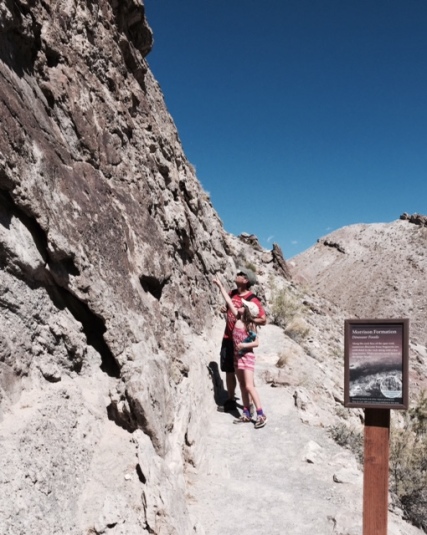 Spotting fossils along the Fossil Discovery Trail at Dinosaur National Monument in Utah. 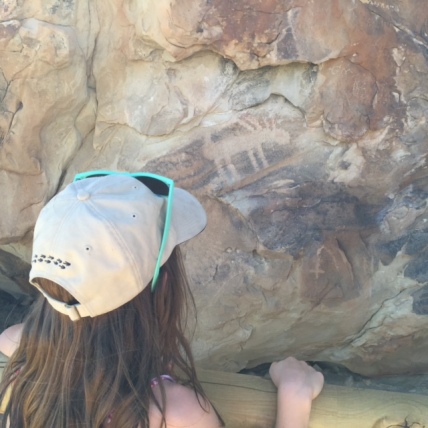 We had a great afternoon and it would have been neat to explore more of the park, but Park City and Salt Lake City awaited.